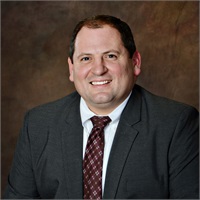 Doug joined Ramsier Financial Services in the spring of 2008 and in 2013, became Co-Owner of Ramsier Financial Services with Tim Ramsier & Brent Steiner.  Doug spends much of his time working with new and existing clients, as well as helping Tim & Brent with financial analyses and account trading & rebalancing. He is a Licensed Insurance Producer in the state of Ohio, and holds series 7 & 63 Securities Registrations. Doug earned his Chartered Financial Consultant designation (ChFC®) in 2012, and his Chartered Life Underwriter designation (CLU®) in 2014 both from the American College.

Doug also is a member of the Estate Planning Council of Cleveland and in 2014 became a qualifying member of the Million Dollar Roundtable (MDRT). MDRT membership is recognized internationally as the standard of excellence in the life insurance and financial services business.

In addition to work, Doug enjoys spending time with his wife Joanna and their 4 children Tori, Tagen, Reese and Ryder. Some of the things they enjoy doing are raising farm animals, participating in 4H, staying active in their church, and volunteering for the Spring Haven Counseling Center.